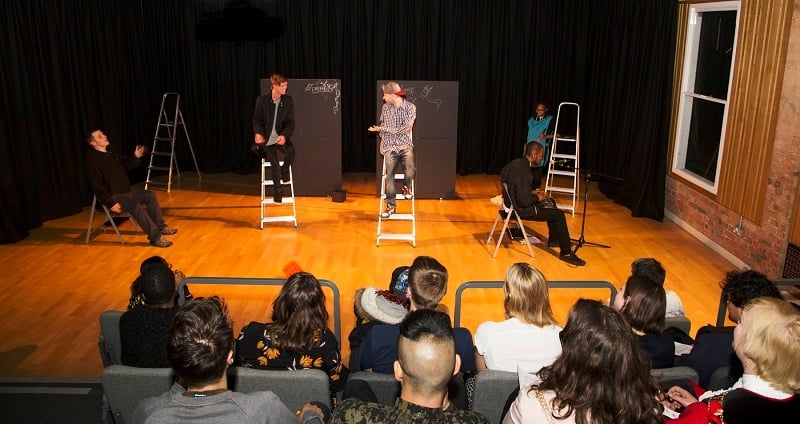 It’s not unusual for drama to be one of the smaller departments in any school setting. Whether it is budget, a whole-school agenda to focus on core subjects or simply a lack of staff and resources, heads of drama are often working on their own or as a two-person team, with some even sharing a weekly slot on the timetable to make room for other performing arts subjects on a carousel.

This is an incredibly challenging and frustrating set of circumstances for the head of department who wants more for their students: you know that there is talent just waiting to be nurtured, and you know that the intrinsic value of the arts stretches way beyond exam results and career paths. But therein lies the rub: how can you show the value of your subject when there isn’t room for it?

Here, two top heads of drama share their journeys to success and the practical steps they have taken over the years to gradually build strong, successful departments supported by the whole school community.

When I started here September 2011, there were two part time speech and drama teachers at the school, but no real department to speak of. As a school known for its academic credentials, drama had not been a priority in the past. The school did one production a year, and there was little provision for GCSE or A-Level Drama.

Seven years on, we now have 247 students through the school studying towards Trinity performance and communication qualifications. One in four of our students now choose to take GCSE Drama, and we have an increasing number opting to do A-Level Theatre Studies every year – the approaches complement each other brilliantly, with the focus on performance skills in the Trinity spec supporting students’ exploration of text in their academic lessons.

The ambitious and varied production schedule and extra-curricular performance provision has built steadily since 2011, and drama is now fully integrated into the culture of the school. We now produce a school play each year (Buffini’s Welcome To Thebes last year, Bernay’s Boudica this year); a whole school musical is co-produced with our neighbouring boys’ school; a year 10 production, and a second musical for years 8 and 9. Furthermore, for a number of years, we have also toured a TIE programme to local state primaries, giving our girls the opportunity to experience performing in a range of contexts.

We have a full range of after-school clubs including technical theatre tuition, and all our speech and drama students benefit from working with visiting theatre professionals. For last year’s production of Boudica, students worked with a technical fight director, and we are currently running a commissioning programme for playwrights to create new work for large, all female casts.

The department is focused on delivering a dynamic, engaging and inspiring learning and experience for pupils, and we know from pupil and parent feedback, that the benefit to our girls goes beyond the obvious. The gains in confidence, self-expression and enthusiasm are clear. Our sixth form scholarship programme now includes a package of complimentary sessions for Trinity qualifications.

We are now at a point where the quality of our school productions is such that parents of children who aren’t in a show will still come to watch it. The department is run by an experienced and enthusiastic team, which now includes two full time speech and drama specialists, two full time curricular teachers, and one teacher who works between the two streams. The teaching team is supported by two part time administrators, a theatre manager and a theatre technician.

The main motivation for choosing Trinity as a department head is the flexibility it affords students and teachers. We work with highly able students, who like to work with challenging material and need to have freedom and autonomy over the material they select. Such students may not need to be entered for an exam, but the Trinity framework gives us the capacity to offer support on a flexible basis.

Although those opting to study drama at A-Level are in a small minority, we have had a steady stream of students accepted to the UK’s leading drama schools including Central and Guildhall. We are able to offer them exceptional support and the Trinity qualifications add extra breadth and depth to their experience.

When I joined Wisbech Grammar School as Theatre Manager and drama teacher in the summer term of 2016 (as part of a two-person team along with my husband, who was appointed Head of Performing Arts), there was no formal drama department in existence. The school had offered drama at A-Level, but this was as a subsidiary to the English department. At the time, there was one major production every 18 months or so at the school, so the Headteacher was keen to increase performance opportunities for pupils.

The brief was to create a Performing Arts faculty, incorporating the Music department, offering students a range of courses in speech and drama, as well as aspects of technical theatre, with an expectation to introduce dance within twelve months. This would all be taught in half-hour slots within the existing curriculum timetable.

In the first year, I was teaching in a large store cupboard, and the initial uptake of students was encouraging with pupils from both our Prep School and Senior School; interest quickly grew, with sign-up building steadily so that by my second year in the role, I was in a proper teaching room with mirrors and a sound-system, with approximately 10% of the student body receiving tuition and either working towards Trinity graded exams, or engaged in extracurricular learning on a more informal basis, with sessions structured around the Trinity syllabus.

In my second year in the post, we added musical theatre to the curriculum. I team-taught this with the school’s dedicated singing teacher, a longstanding member of the team who had been on the staff before I joined. It was hugely popular with the children, and we decided to add evening performances for parents the night before exams, also incorporating performances of pieces students were working on into our regular concerts. These platforms gave students exposure to a wider audience. The performances showcased the work we were doing in the new department to parents, which immediately boosted student signup.

Last year, we did three major school productions, Joseph and his Amazing Technicolor Dreamcoat, Dancing at Lughnasa and Shout! The Mod Musical. Both musicals were entered for Plays in Production grades which meant the whole company earned a Trinity qualification for it. With the Trinity model, we were able to put the whole production in for an assessment towards a Grade 4 and 6 respectively. Both productions were awarded Distinction.

I love the Trinity approach. I remember one of their support team, when I attended initial training saying to me, years ago, when I first taught the syllabus: 'If a child comes to you with a passion for doing something, there is always a way of fitting it into an existing exam criterion.' I love that attitude, as it’s the antithesis of many of the more traditional, rigid exam boards.

Every time there is a school concert or show, I can see a clear progression in the standard of student performance. We are at the point where the department is now fully part of the school culture, and there is a strong rehearsal ethos and a real sense of pride in committing to practice properly.

Children at Wisbech Grammar School are now confident in their performing arts capabilities, and an increasing number have earned places at the National Youth Theatre and National Youth Music Theatre. Two students have applied, and been accepted to leading drama schools since the department has been created, and momentum is building.

Access our free resource for teachers and heads of drama

If you would like to know more about how other heads of Drama have raised the profile of their departments through graded exams and extra-curricular provision, please click here to access our latest free resource for drama teachers. We have spoken to teachers and heads of drama from across the UK and asked them to share how they have made an impact in their schools through drama, and how they have successfully raised the profile of the subject and put drama on the map.

Digital Grades and Diplomas – why go digital for drama?